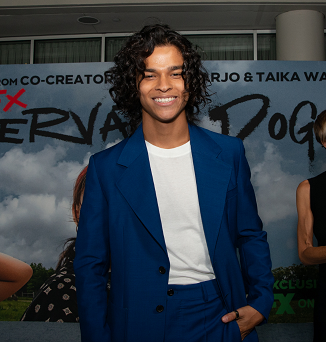 UNITY conferences offer Native youth the chance to meet other Native youth from various places across Indian Country. Over three days, youth will engage in peer-led activities, breakout sessions, general sessions, and a chance to share their culture and experiences with others. These kids are coming from all over the country to represent their tribal communities.

The conference will take place Thursday, February 24 through Sunday, February 27 in Phoenix, Ariz. In-person attendee registration is $350 and virtual participation is $50. More information on how to register, and other details can be found here.

There are also other special guests including:

Quannah is from the Hän Gwich’in from Eagle Village, Alaska and Sičangu/Oglala Lakota Tribes from the Rosebud Indian Reservation, South Dakota. She has dedicated her life to activism and is a renowned climate warrior land protector for the Arctic National Wildlife Refuge. She made the 2020 list of Teen Vogue’s “Top 21 under 21”. She is also an IMG fashion model and has been featured in Vogue and many other fashion platforms.

Brooke is a singer and songwriter and citizen of the Haliwa-Saponi Tribe. She finished as a top three finalist on The Voice – Season 13, and was also the only non-Golden Buzzer solo singer to make it to the finals of America’s Got Talent – Season 16. Her music has charted Top 10 on iTunes Charts for numerous weeks. Brooke has also recently announced that she will be a part of the Diane Paulus revival of the Tony Award winning musical 1776. She will be portraying Roger Sherman

Award-winning Reservation Dogs star, D’Pharaoh, is a 20 year-old Oji-Cree First Nations actor from Canada. D’Pharaoh plays Bear Smallhill in the comedy series. He has a special interest in fashion and has been featured in vogue photoshoots. He has also starred in other things like the feature film Beans.

Two Indigenous Rappers who first made their big debut on America’s Got Talent – Season 8. This duo first started rapping at the age of 12 and have been doing it ever since. They have been featured on Reservation Dogs, and they have an award-winning short film documentary titled Looked Over But Never Overlooked.They also have a PBS Gallery documentary: Dream Big. The pair have also hosted the International Indigenous Hip Hop Awards.

“We are looking forward to having these talented young performers at the midyear conference. They are excellent examples of how Native artists are making a difference and influencing popular culture.”

The City of Gresham is providing $500,000 in Small Business Grants
Scroll to top